yes two posts in under 24 hours–enough already. I finally downloaded the pictures of Gwen’s round-brushed hair. The pictures don’t do it justice–she had some serious volume going on. Now to grow out the mullet! 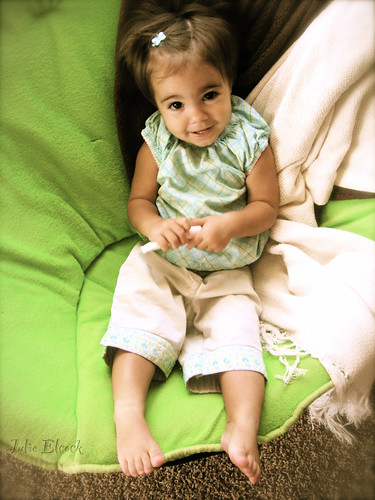 This morning Brian stayed home and worked from home. This was nice because Abigail and Lucy had hair appointments at Images Salon and I didn’t want to drag the whole crew. I have been cutting their hair since we moved here and decided it was high time for a professional cut before these girls start school. Abigail went first and they left the length but just cleaned it up and added some stylish bangs. She got her hair shampooed and the royal treatment. 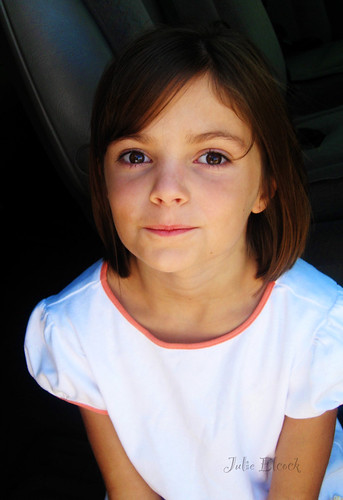 Lucy insisted on taking her terrier in her purse. She was such a big girl holding so still and admiring herself in the mirror. I think the haircut matches her sass or at least attempts to. She walked out of the salon with a BIG smile and on the tips of her toes like she does from time to time. I was relieved not to have to clean up the mess and was glad to pay for it. 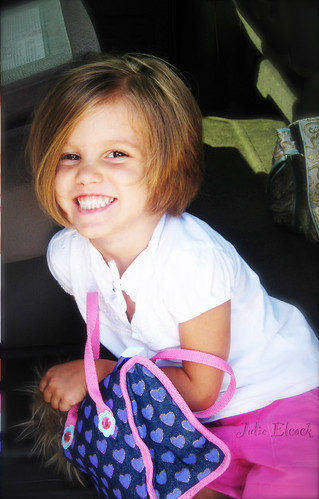 Later today we had Jasmine over to play–what a cute little girl and she really looks like the Jasmine! We played out front and Adelaide came over shortly for some fun. Brian and I are gearing up for another co-ed softball game–I’ll try and take some pics. We joke that we are almost geriatric when it comes to athletics anymore–but it really is fun! I’m off to get pizza and a babysitter. If you missed the photos I posted last night they are here @ http://www.flickr.com/photos/midder/

2 thoughts on “New Do’s for the girlies”