I was actually cold yesterday. It’s coming up on the middle of June and I found myself cold yesterday. In Arizona. Granted, I was up at about 5500 feet in “Everybody’s Hometown,” Prescott, AZ. The Kreyling bunch appears to be embarking on a new adventure. They’re selling their home and buying a different one. It’ll be quite the project, but they always seem to do things up right.

I keep reading that this is one of the nicest Junes ever here in the desert, and I have to agree. We’ve been running about 10 degrees below average which, after the brutal May that we had, has been a nice break. We even find ourselves complaining that the pool has cooled off too much. My how the blood thins.

Lucy has decided that she loves to clean. Most days we’ll find her dragging the vaccuum out, cleaning up under the bar. She’ll pull the chairs out and everything. 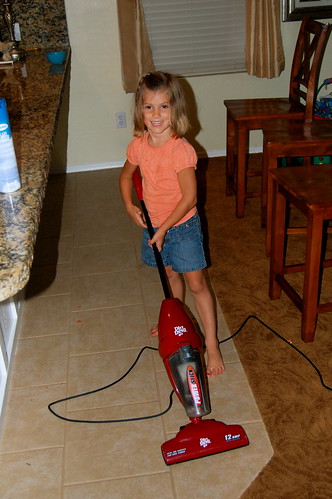 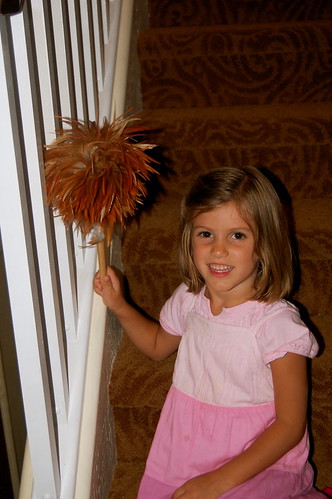 I’ve found that when she decides to clean my bathroom that I find my glasses in interesting places. She does a great job and we’re just happy that she seems to enjoy cleaning. Now if we can just convince her little sister. Speaking of Lucy’s little sister, she’s for sale. I’ve even dropped the “to a good home” requirement.

Lucy also recently “graduated” from preschool. She really enjoyed her teacher and we’re all looking forward to having her in Kindergarten next year. Except there’s that little thing about her little sister being home without her. Not sure about that. 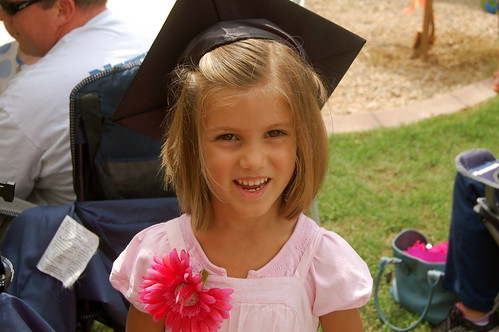 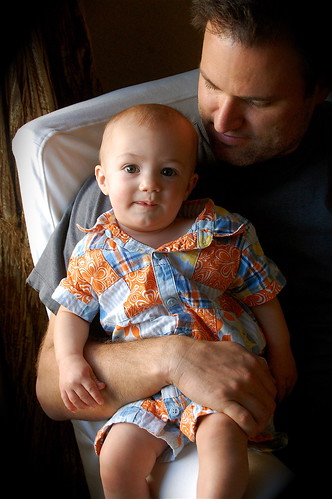 I try and dress like him to see if I can get some attention. 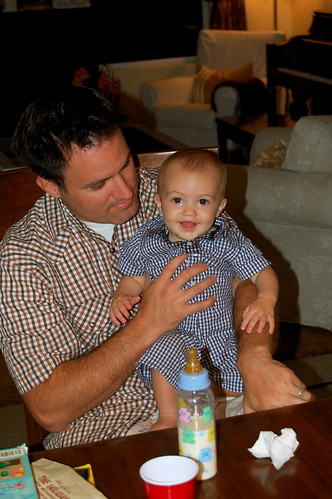 Sometimes it works. Most of the time it does not.

Friend (after swimming): “Thanks for inviting us over”
Grace: “We didn’t invite you”
Friend: “Hummph”
Grace: “Thanks for coming I guess”

Always lots happening around here. We have a few blocks of time throughout the year where we get really busy with birthdays and such. Gwenyth turned 3: 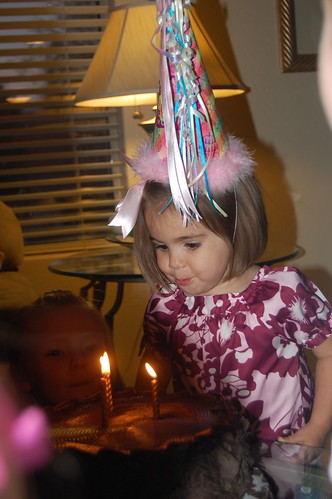 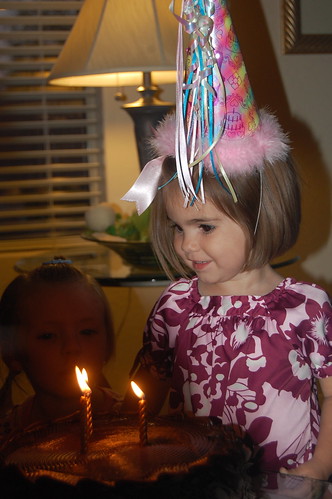 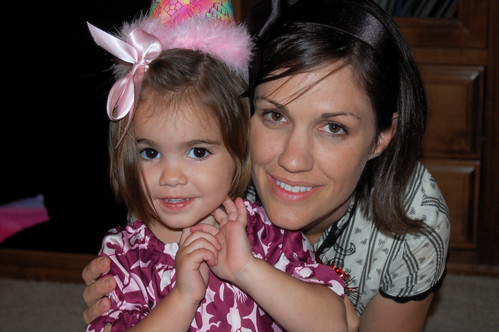 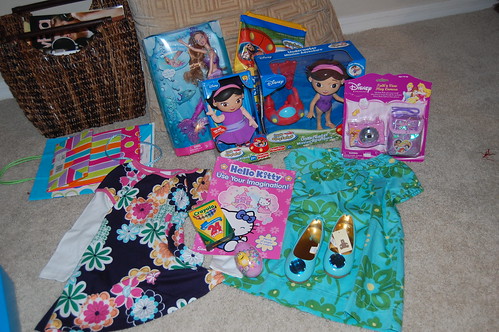 We all had a good time at Grandma and Grandpa’s place for some food. The mashed potatoes were extra fatty (and good!) thanks to yours truly. 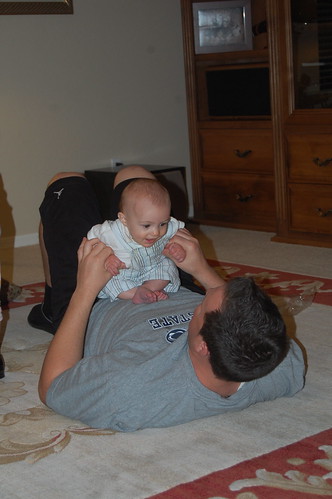 Lucy’s birthday is coming up soon. She’ll be 5, believe it or not. And we just got the invitation for her “Kindergarten Roundup” where we go and learn about how kindergarten will never be the same once “the hoo” walks through the door. She has been going over her list of friends to invite to a party that we’re not quite sure is really going to happen. She counts and orders and announces. She has also let me know the many things she’ll be expecting for her birthday. We got them a swingset for the backyard. I’m going to have to remind her of that many times I think.

We decided one day during spring break that it was time to take her training wheels off. It took her about 29 seconds to figure it out. After 3 minutes she was comfortable enough in the bedazzled shoes and hot bike that she would pose every time she passed by. It’s all about looking good to Lucy. 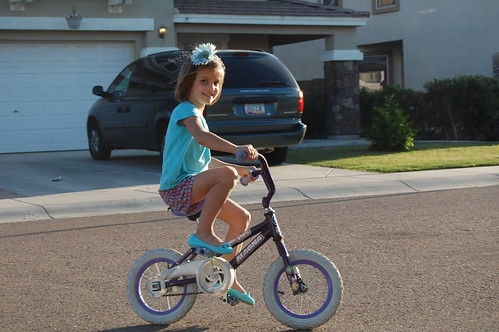 Henry continues to grow (not enough according to his doctor) and continues to be loved and spoiled. He’s really enjoying the sweet potatoes, carrots, peaches, chocolate, etc., in addition to his adoring sisters. 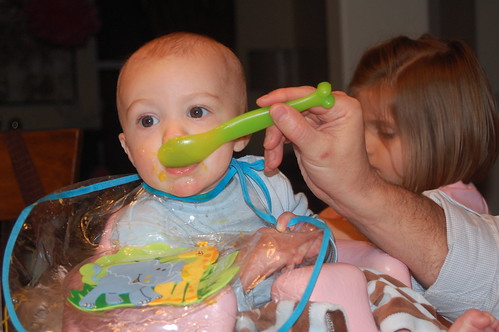 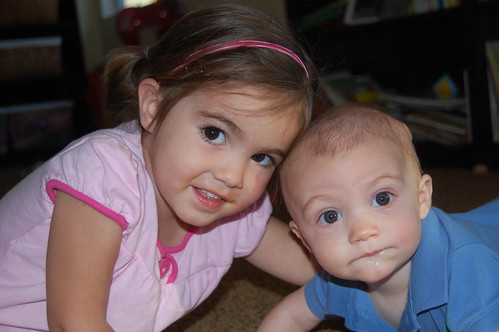 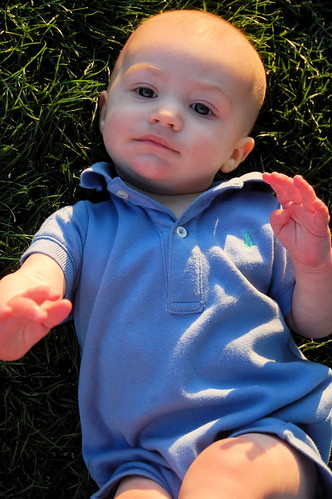 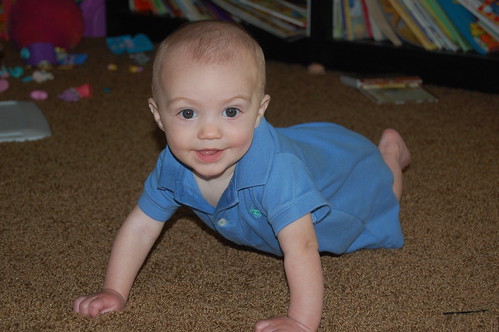 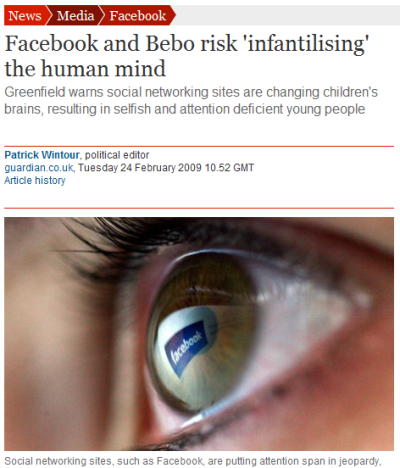